Founded in 1950 by a group of local artists including Maude Irvine Kerns, the Maude Kerns Art Center is a non-profit community center for the visual arts. Our goal is to promote and advocate appreciation and creation of the visual arts by offering a wide variety of exhibition programs, educational programs for all ages, facilities for artists, public events, and support for community artists.

The Center is dedicated to serving the public through major exhibitions, art classes, lectures, workshops, outreach programs, and intimate performances. We provide affordable, on-site co-operative studio space for working artists in the Club Mud Ceramics Studio. Understanding the importance of art education, the Center not only offers classes, workshops, and lectures, but also has internship programs for those interested in the arts and arts administration.

The Center is run by a dedicated staff and a Board of Directors representing a diversity of professionals in the community. Our priorities include continued Board development, and establishing stabilized financial management. We have much positive work to do, and we hope you will join us in our efforts!

The Maude Kerns Art Center is Eugene's only non-profit community center for the visual arts. Hours are from 10:00am to 5:30pm (Monday through Friday), and from 12:00pm to 4pm (Saturday) when there are exhibits in the main gallery. For more information about Art Center exhibits, classes, or special events, please call us at 541.345.1571.

Mission Statement: To nurture artistic expression and creativity in the individual and to cultivate an appreciation and understanding of art and culture in our community. 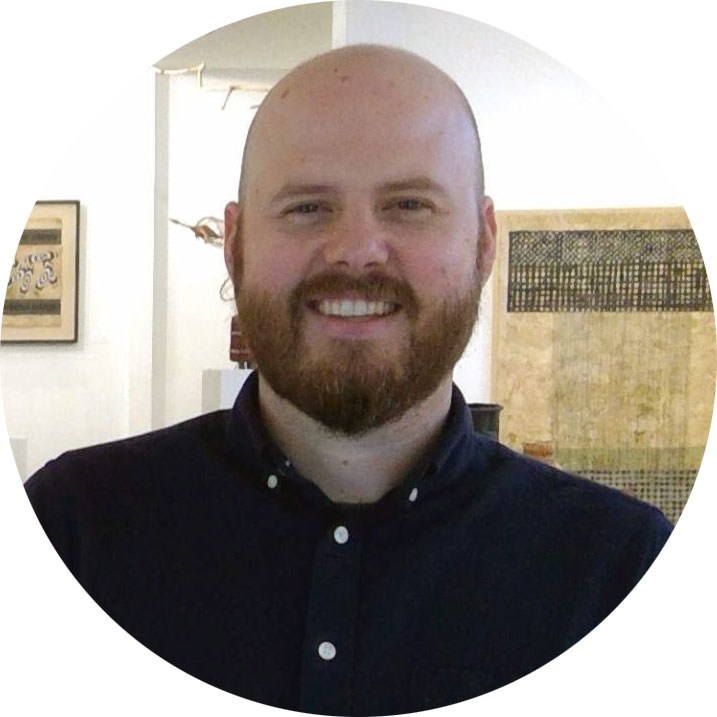 Michael Fisher joined Maude Kerns Art Center in 2010 and has served as Executive Director of the Maude Kerns Art Center and the Art and the Vineyard Festival, since 2018. Previously, he served as the Art Center’s Exhibits Program Director and Curator. Michael is a graduate of the University of Oregon’s Arts Administration Master’s Program, where he also received a graduate certificate in Nonprofit Management from the school of Planning, Public Policy and Management. Michael served as a graduate research fellow with the Center for Community Arts and Cultural Policy, a teaching fellow for “Art and Human Values” and “Art and Gender” undergraduate classes, and served as President of the University’s Emerging Leaders in the Arts Network, a program of the Americans for the Arts. From 2003 to 2008 Michael worked as an Operations and Database Specialist with The Madison Consulting Group, a leading training and consulting firm specializing in professional development and leadership training, based in New York City. Michael has served on the Public Art Selection Committee for the City of Eugene's Airport, several local arts grant panels, and is a member of Eugene's Round Table. 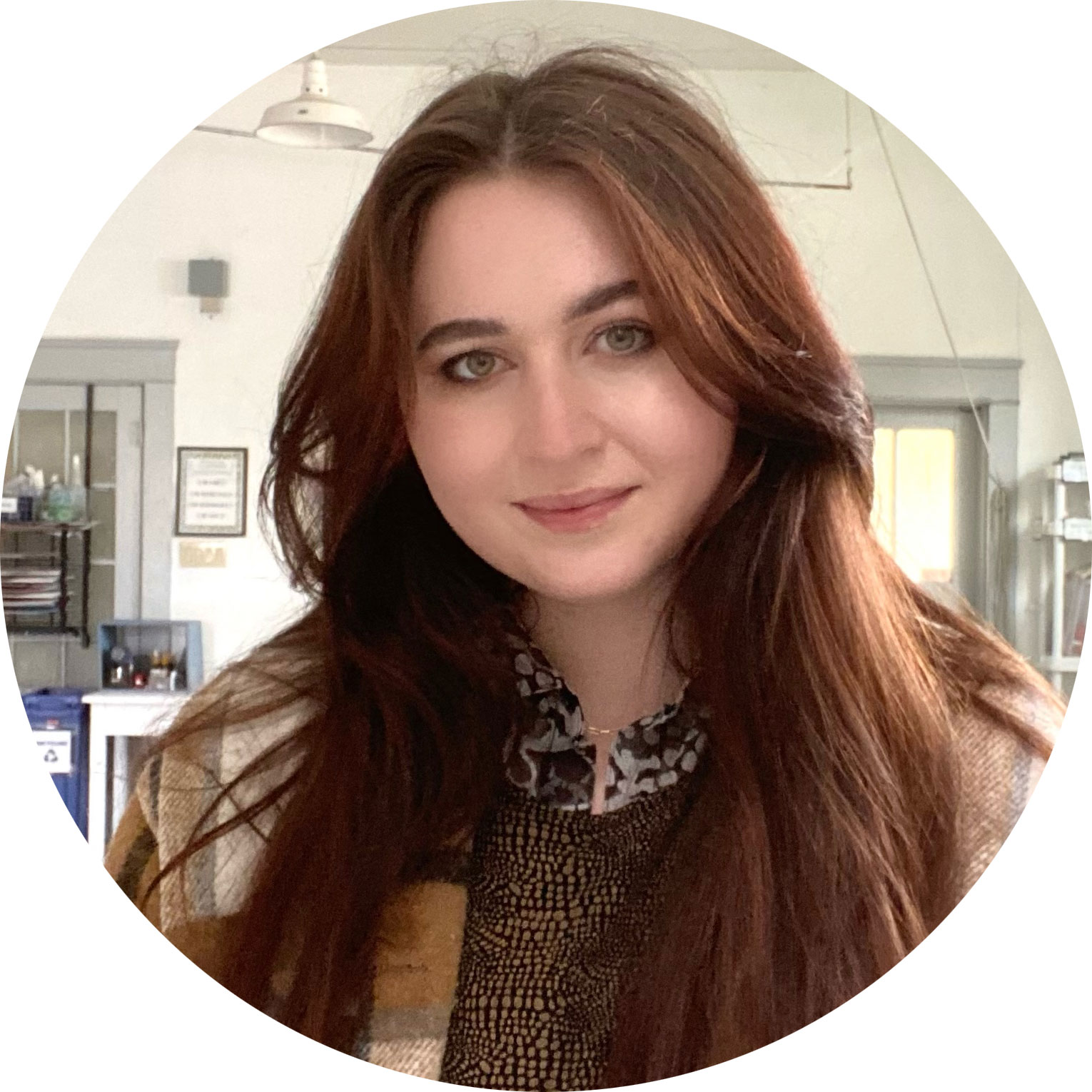 Grace Peccia Stayner graduated from the University of Oregon in 2021. She received a BFA with a concentration in painting. Grace is a multi-media artist who works primarily with oil paint. She is passionate about art as well as art education. She started at MKAC as an instructor and quickly became interested in becoming more involved with the Art Center. She began her role as Education Coordinator in August 2021. Her primary goal in her position is to create a quality education program in a safe and accessible environment. 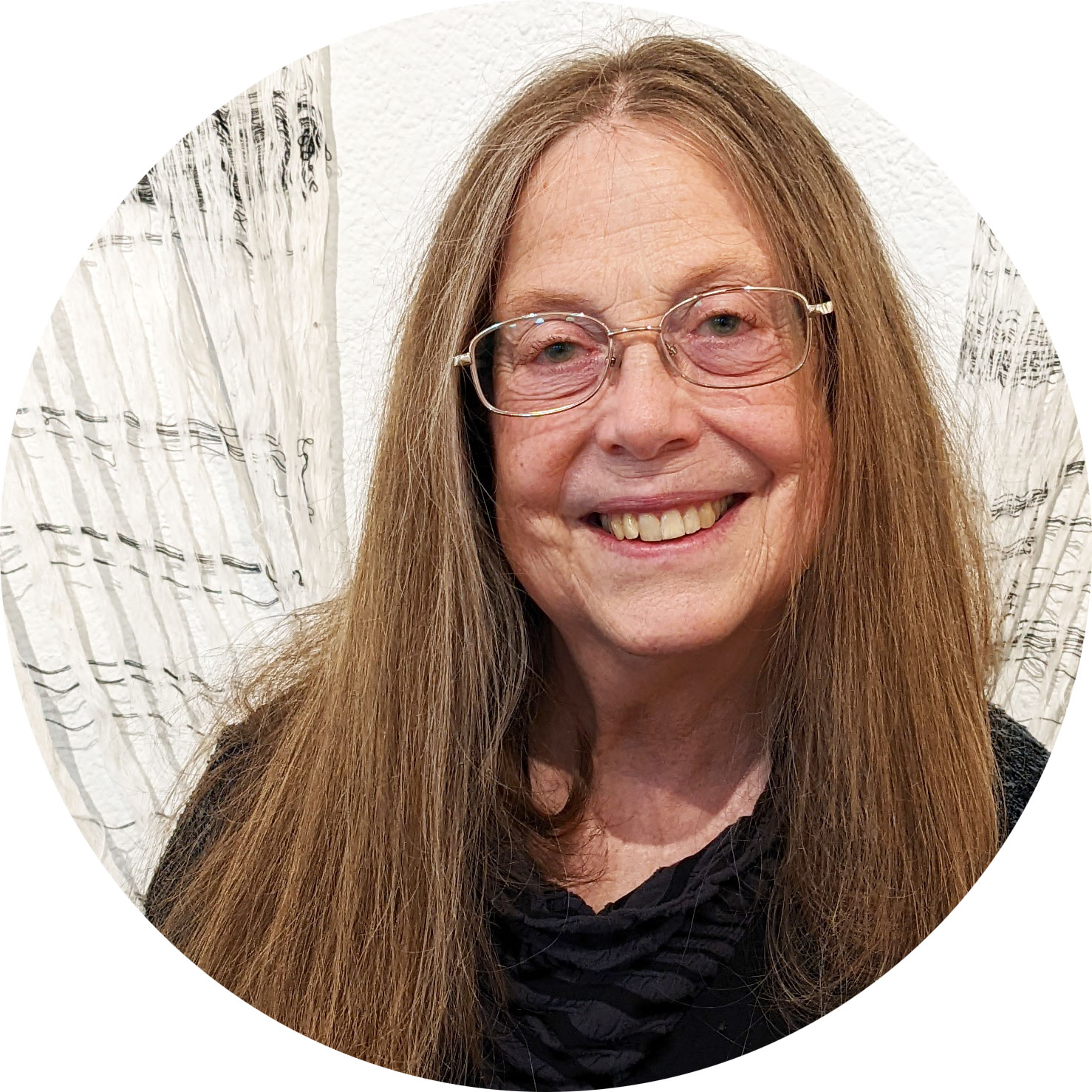 Marsha Wells Shankman is the Publicity Coordinator for the Art Center. In addition to working on the newsletter, press releases, advertising, proofreading, and all publicity matters, she is a member of the Art Center’s Duchess Committee, which stewards the Center’s collection of the works of Maude I. Kerns. She has an MFA in Painting from the San Francisco Art Institute and has worked at the Art Center since 1995. 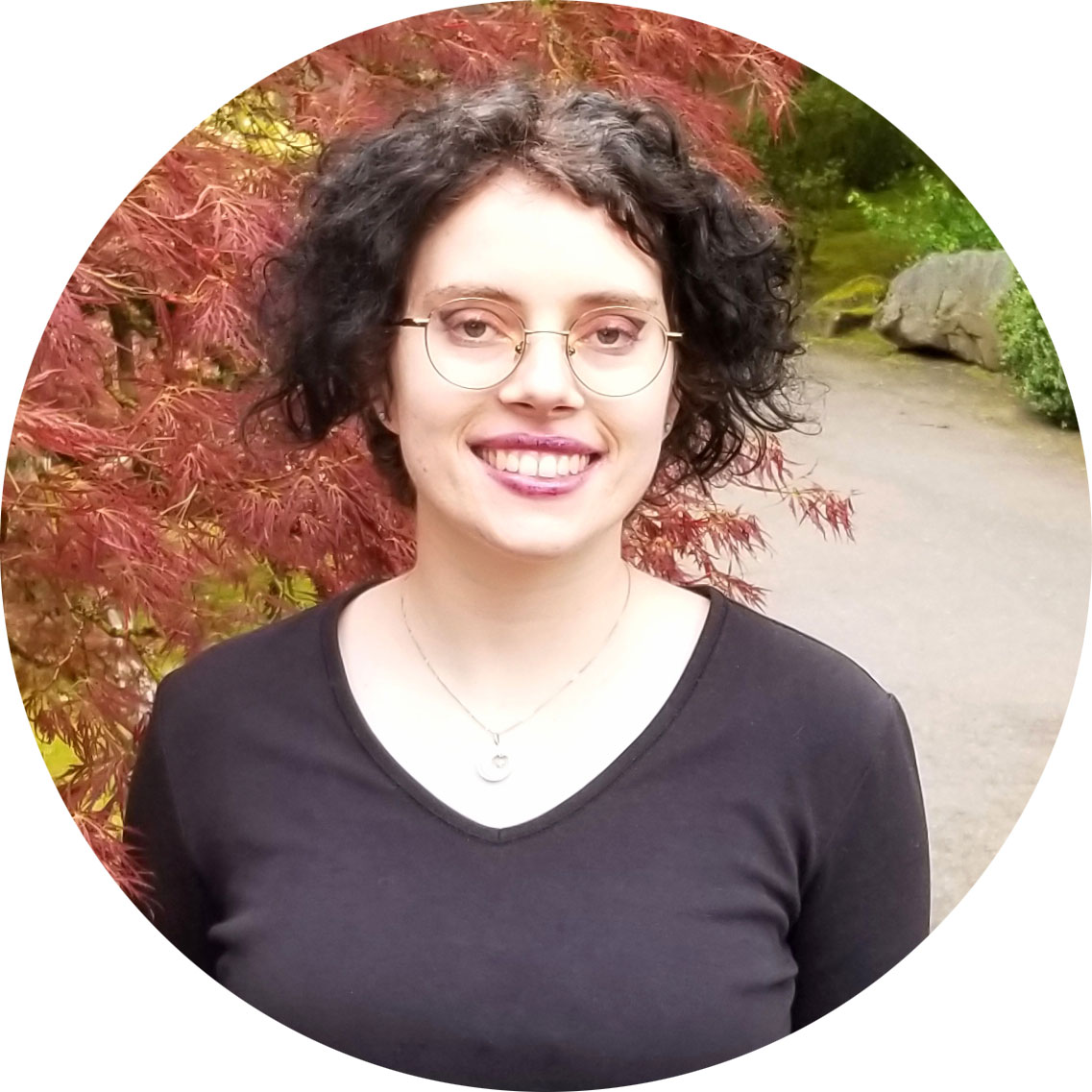 Grace Hanich is a self-taught artist specializing in colored pencil and acrylic painting. She graduated from the University of Oregon in 2018 with a BA in Folklore and English Literature. Grace brings customer service experience and enthusiasm for art to her position as an Office and Program Assistant. She assists the Education and Exhibits Coordinator with various projects, engages with the public, conducts sales, and assists with day to day operations. 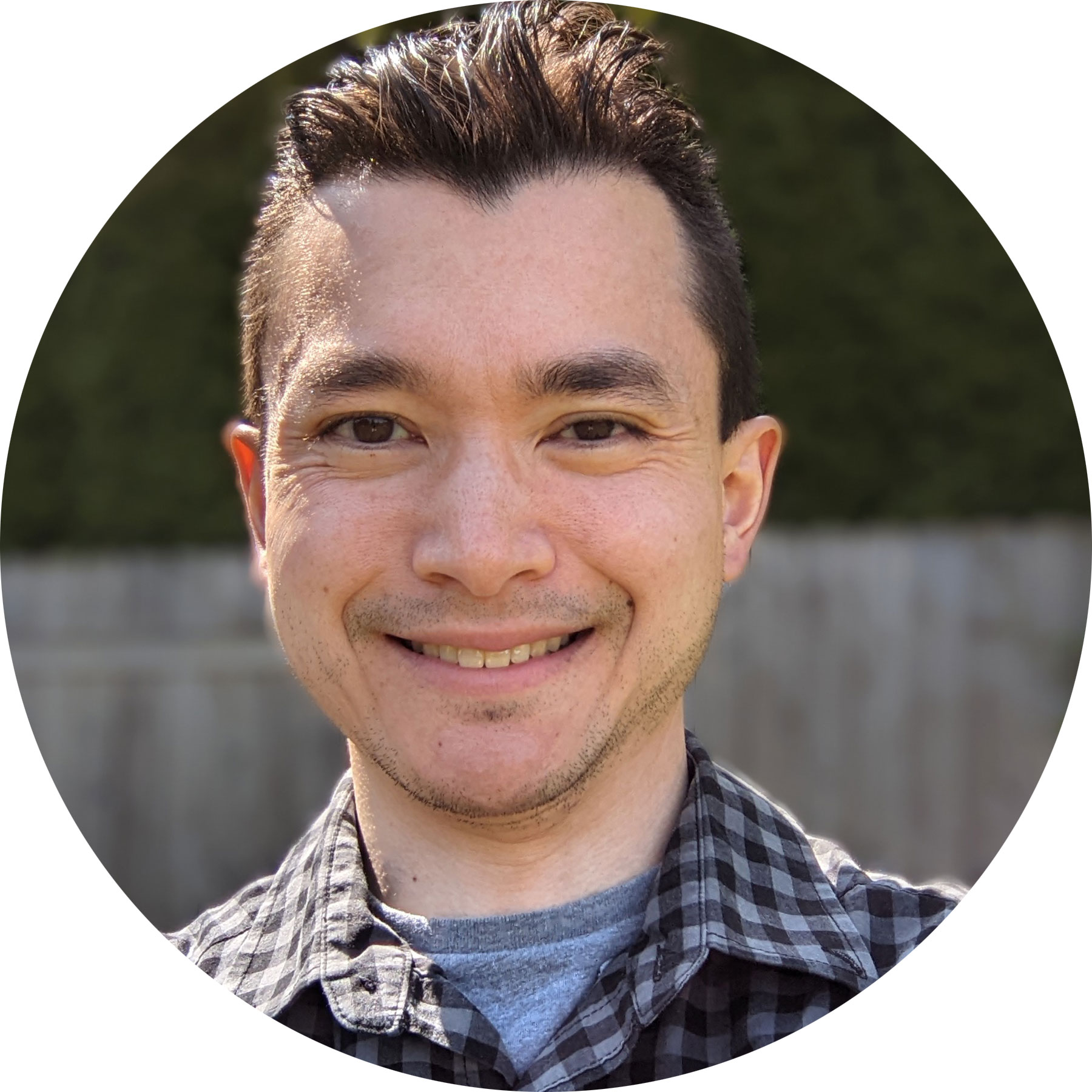 Ben Davis joined Maude Kerns Art Center in 2011. He designs and updates the websites for the Art Center and its annual summer fundraiser, Art and the Vineyard. He provides photograph documentation for Maude Kerns' rotating lineup of art exhibits and events every year, and creates video content for both the Día de los Muertos exhibit and the online Maude Kerns Member Artist series, an ongoing video series of prominent Art Center member artists based around the community. He has a BFA in Digital Art from the University of Oregon. 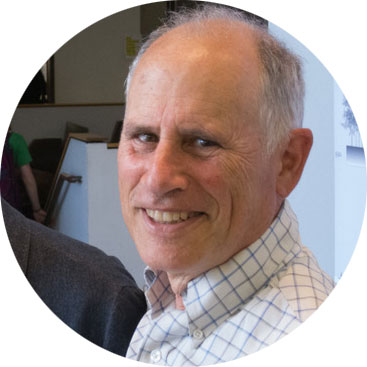 Fred Tepfer is an architect, planner, and educator who retired from the University of Oregon Campus Planning Office in 2016. When he’s not fixing things at the Art Center, he likes to bicycle, hike, and garden. He also takes pictures now and then. 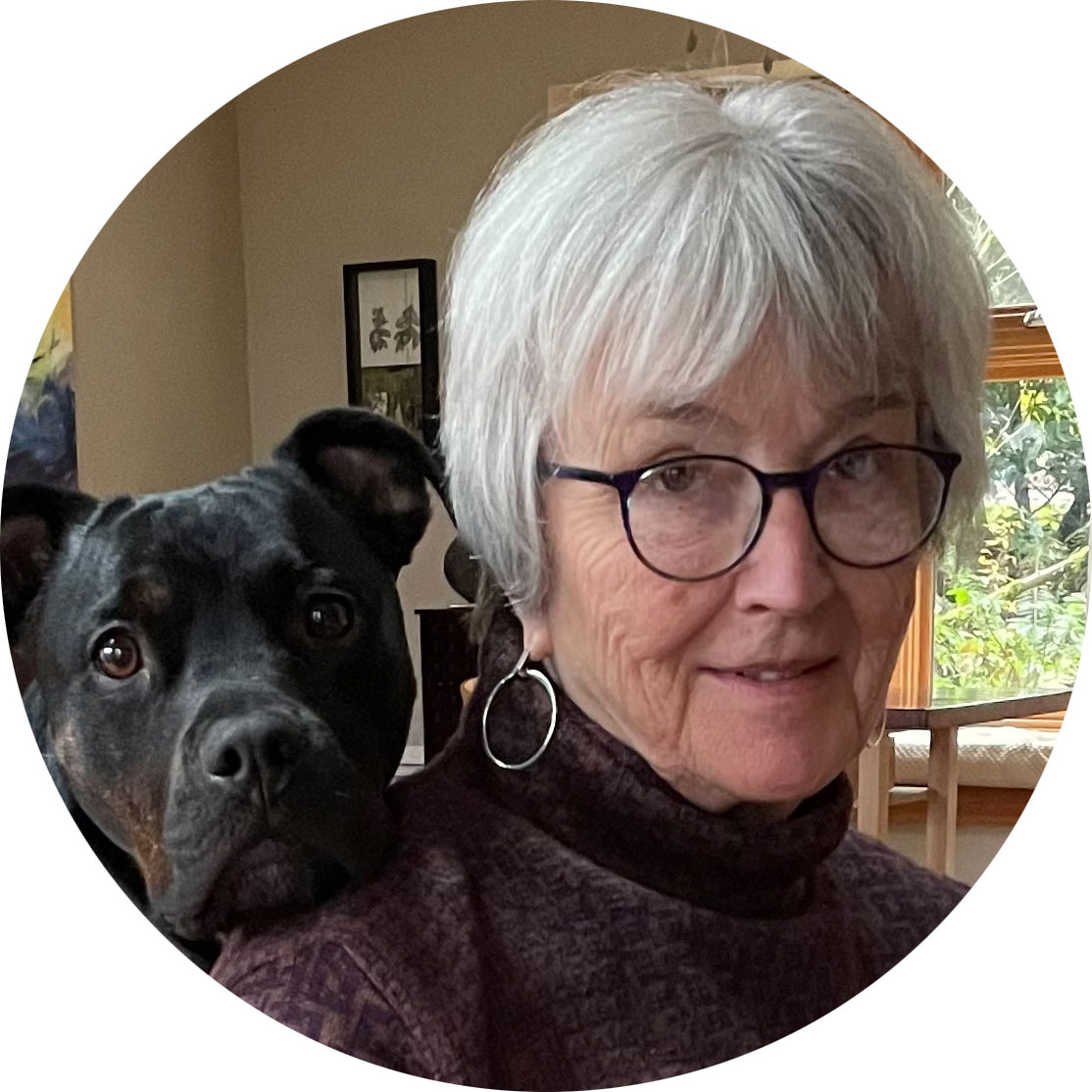 Ann Bumb Hamilton has a degree in Art Education from Indiana University and a Fine Arts Graduate degree from Notre Dame. She taught Art in public schools in South Bend Indiana, Indiana University, South Bend, and St Mary’s College. She has exhibited her art extensively in Northern Indiana and Michigan. In 2009 Ann relocated in Eugene where she has shown her art in several venues. Ann was an active volunteer at the Jacobs Gallery, transferring her energies to Maude Kerns when Jacobs closed. She continues her passion for promoting opportunities for artists and participation in art for all. 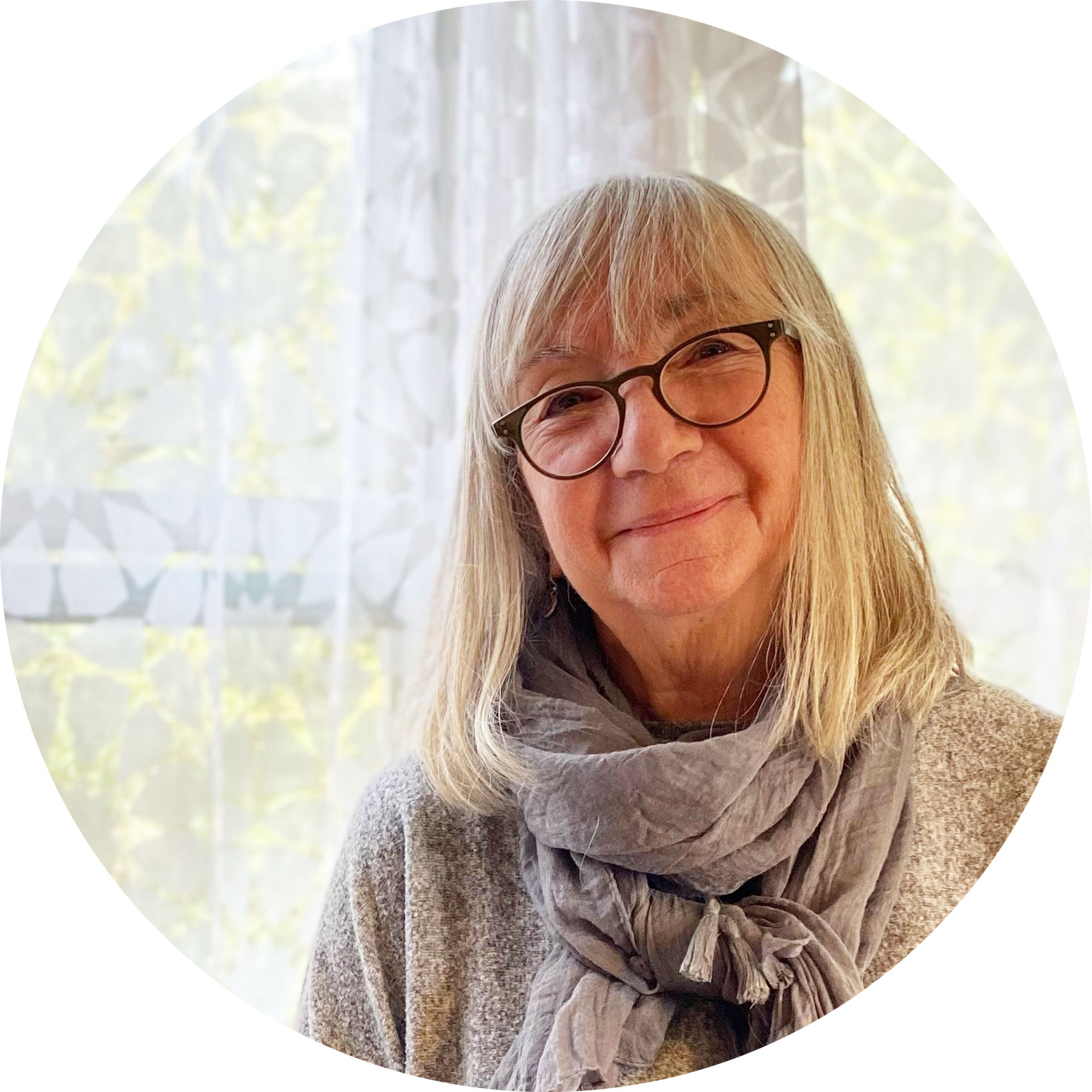 Raised on Long Island, Jeanne Maasch moved to Eugene over 50 years ago and has never looked back. After an eight year stint as a Metropol Bakery pastry chef, she received a degree in graphic design, working primarily for Cawood—a PR firm—and the University of Oregon’s marketing office. At Cawood, she produced Art and the Vineyard posters, making her first connection with the Art Center. Once retired from the UO, Jeanne volunteered at the former Jacobs Gallery, and then turned her attention to supporting MKAC’s mission. Jeanne has recently shown her photography work at three local galleries. 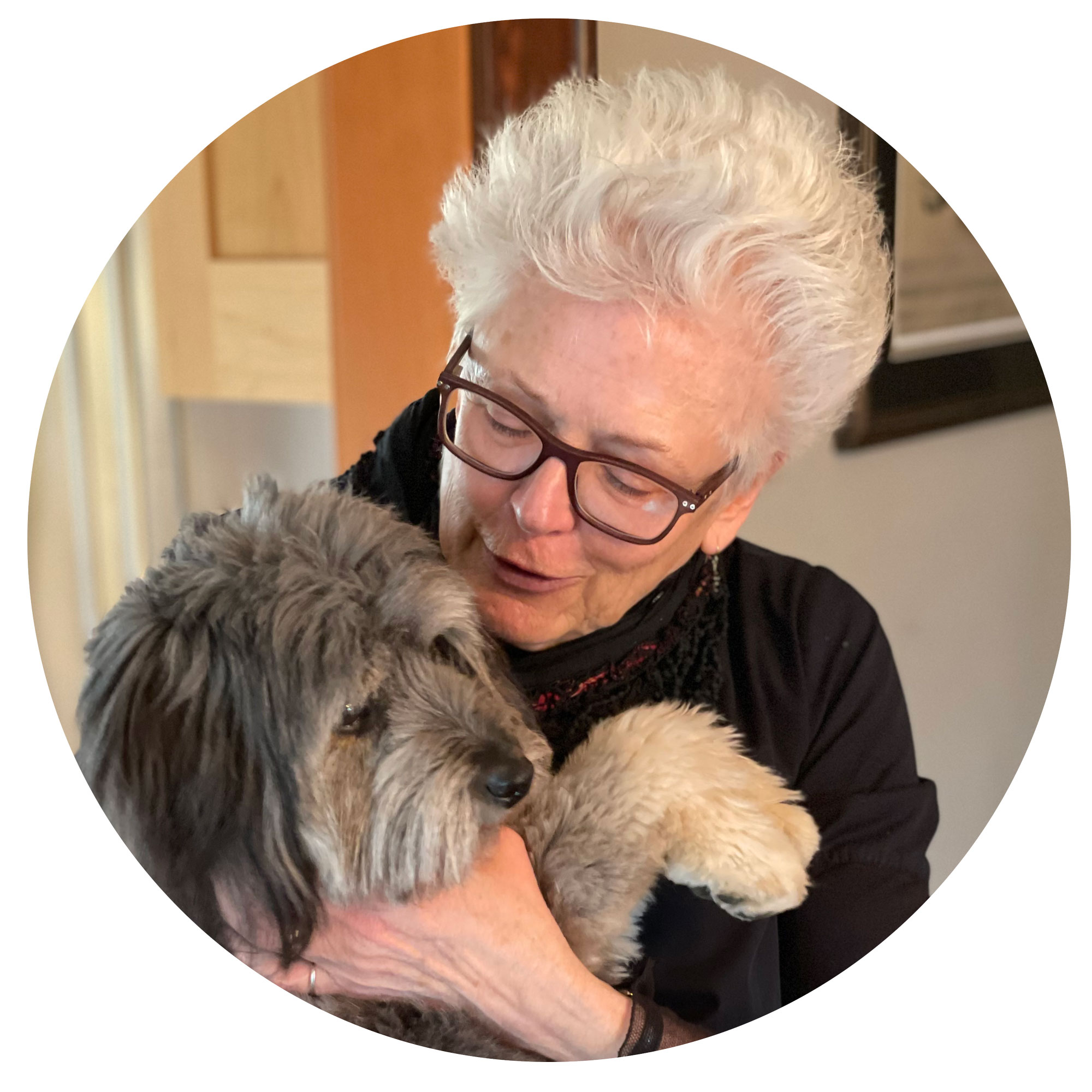 A native of New Jersey, Louise Bishop received her PhD in English from Fordham University. She held administrative positions at Fordham and lived in the Bronx, New York before moving to Eugene with her husband and children in 1987. Now emerita (retired) faculty at the University of Oregon, she taught wide-ranging courses treating ancient-to-postmodern literature and culture for both the Clark Honors College and the Department of English. She now devotes time to family, her garden, and Aussiedoodle Pulo. 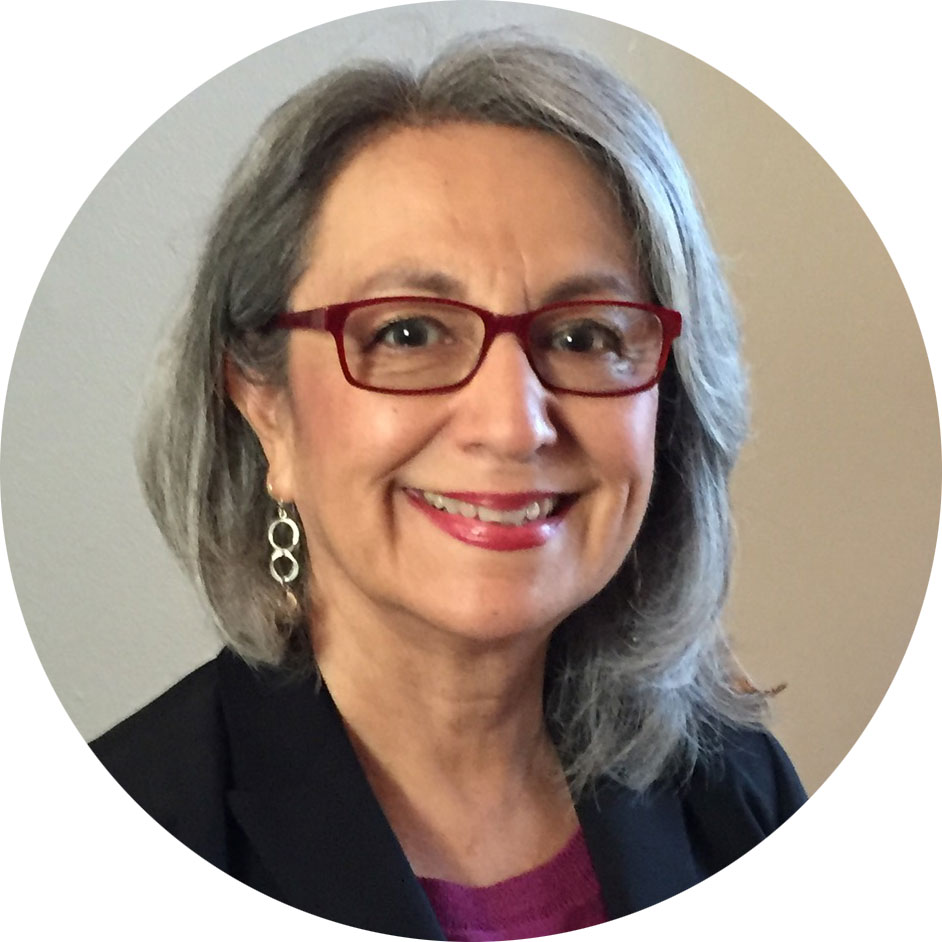 Susan Castillo enjoyed a 14+ year career as a television journalist, working for the CBS affiliate in Eugene. She left reporting to enter into politics and served as a state senator for six years, becoming the first Hispanic woman to serve in the Oregon Legislature. Susan subsequently was elected statewide to serve almost a decade as Oregon Superintendent of Public Instruction. Before retiring in 2018, Susan worked on a national level for the non profit Project Lead The Way, to help schools gain access to high quality STEM education. She lives in Eugene with her husband, Paul Machu. 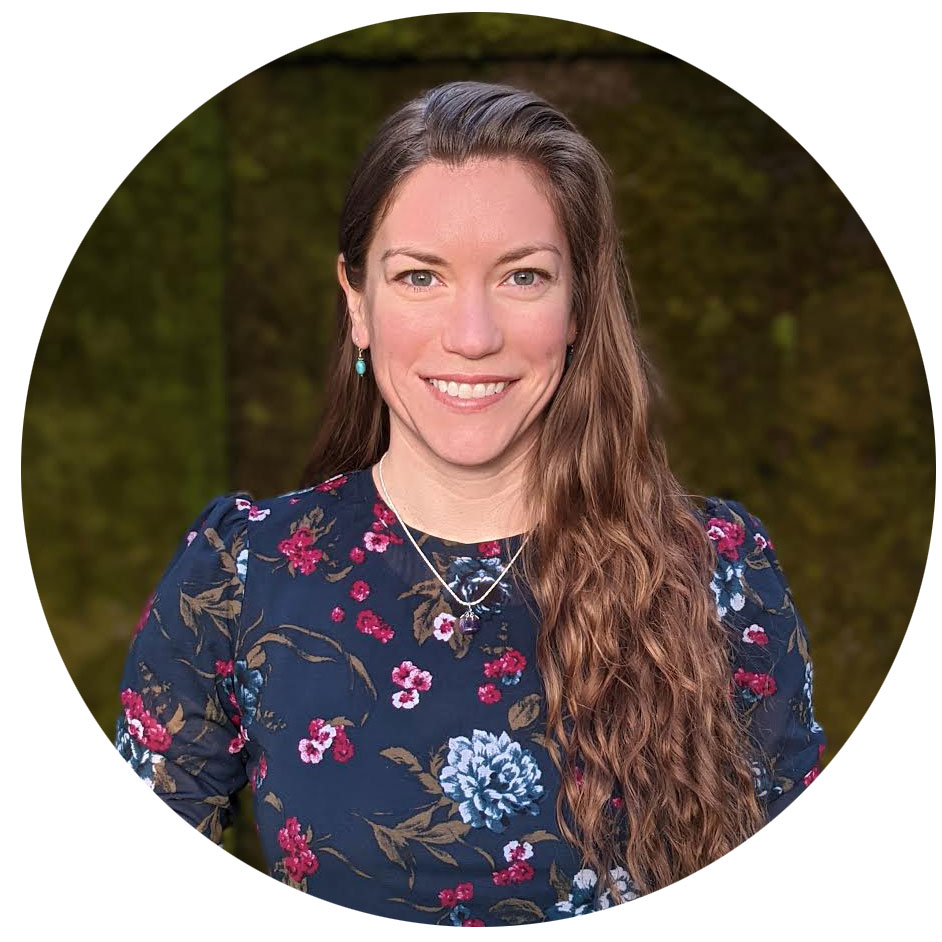 Barbara Counsil Burney is an illustrator and oil painter. She taught basic drawing and watercolor painting at the Art Center for years before serving on the Board of Directors. In the summer she works for Oregon State Parks as an interpretive park ranger, and in the winter she works primarily in her studio. Barbara has illustrated numerous books and has been selling paintings since 2010, as well as working on commission for murals, portraiture, stationary, and more. She also volunteers with ArtCity Eugene and So Metal fabrication shop in her free time. 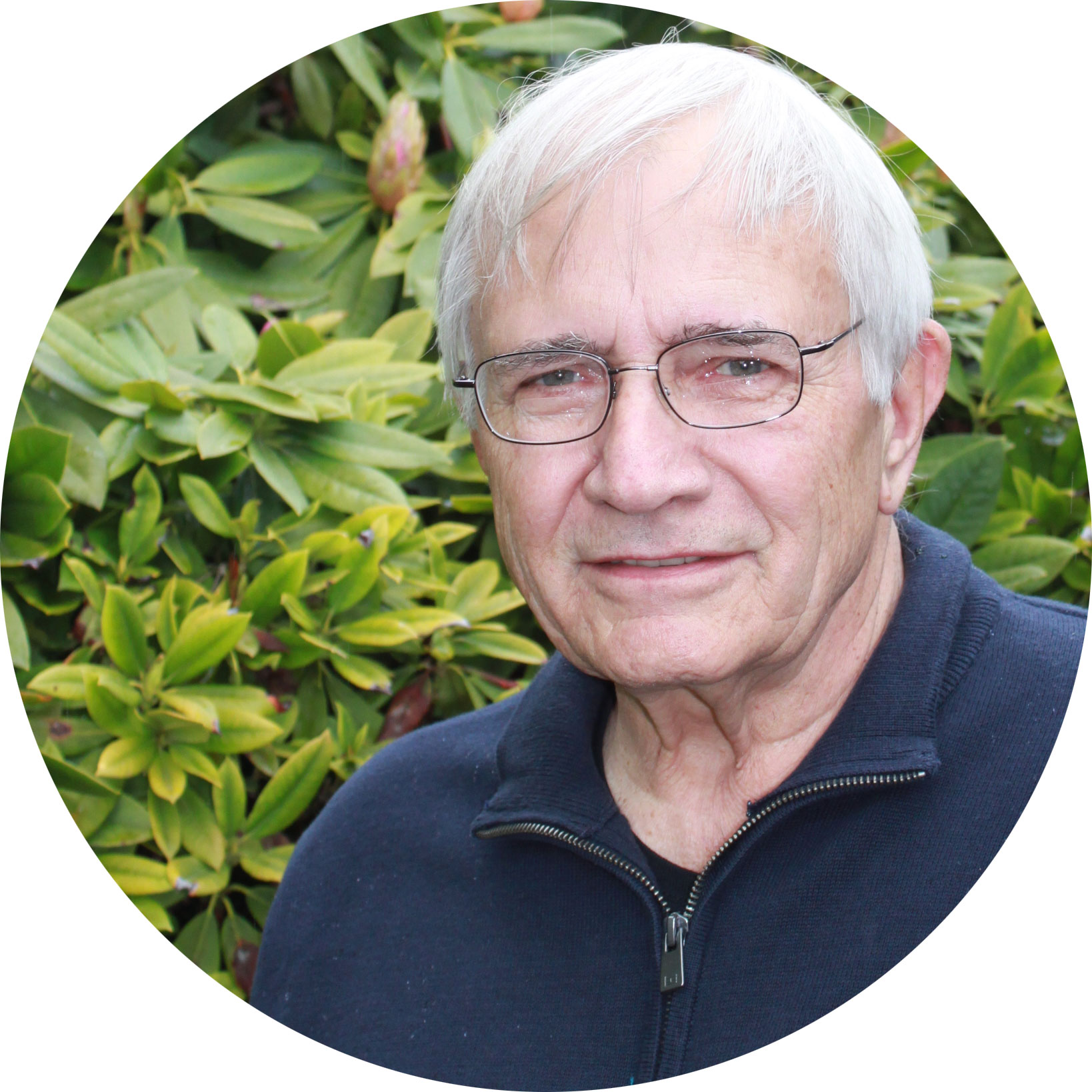 Dale Mueller was raised in eastern Oregon and is a 1968 graduate from the University of Oregon. He worked in the construction materials supply industry for forty years before retiring sixteen years ago. He is married to artist Connie Mueller, and they have two children and three grandchildren. A lifelong interest in the visual arts began while attending the University of Oregon, where it was his good fortune to have classes taught by Jon Cruson and Laverne Krause. He believes our community is enhanced by the joy that is manifested in the aesthetics of the "arts". 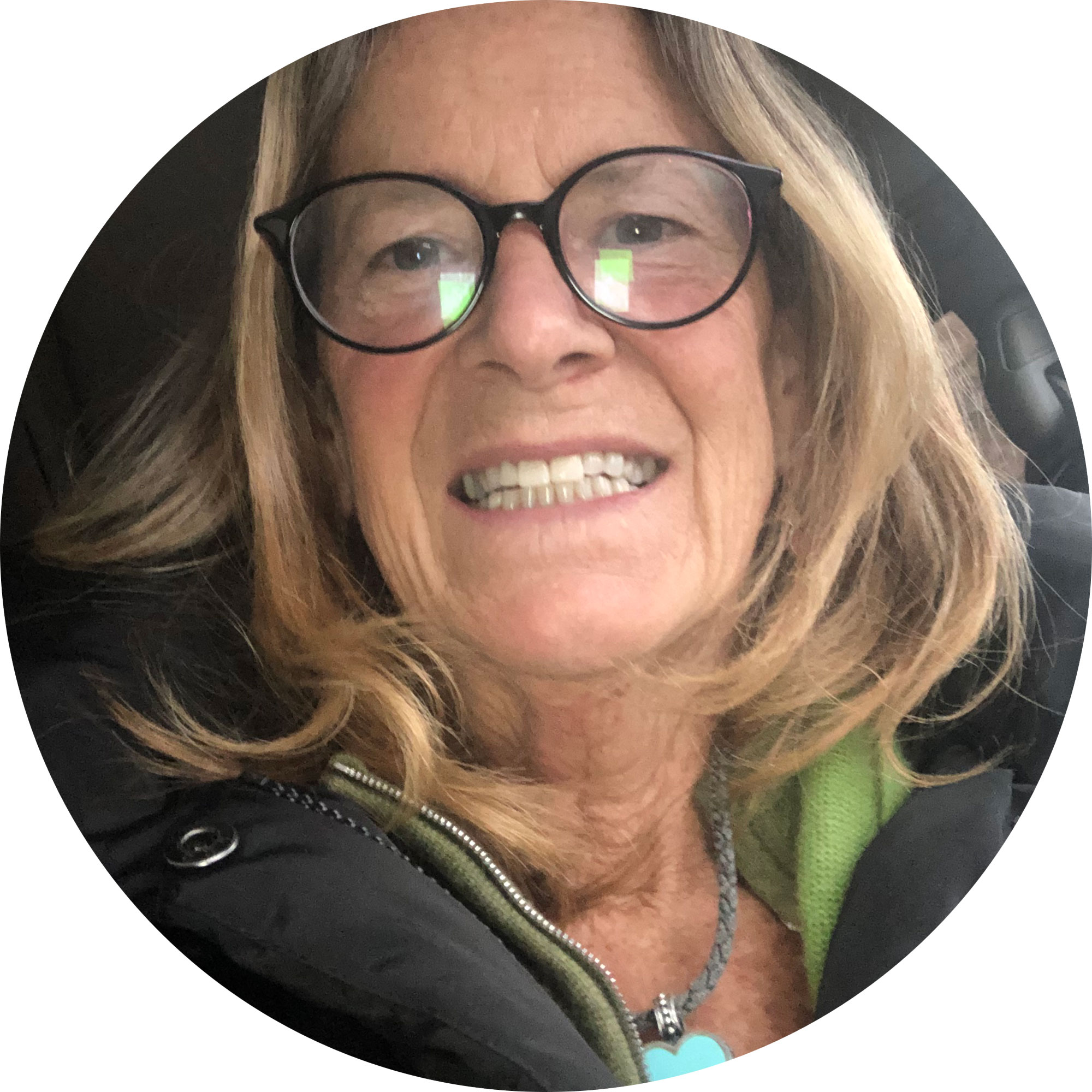 Alice Strong brings strong entrepreneurial skills to the Board of Directors. She has had a career in marketing, especially in marketing garden tools at seasonal events. Strong manufactured a successful product, Seed Ballz, which she has exhibited at the Chelsea Flower Show, the Philadelphia Flower Show and Garden, and our own Pacific Northwest Flower Show.